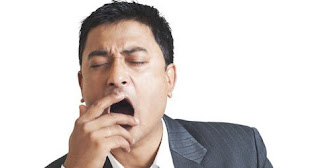 Newborns can't rock themselves back to sleep at 3 a.m., and work deadlines don't make exceptions because you were glued to the TV the previous night to catch a special guest on the late, late, late show.
Due to life's challenges and pleasures, nearly everyone gets tired — even thoroughly exhausted — now and then. It's when symptoms become chronic that our health becomes compromised.
Jennifer Earvolino, MD, a primary care physician at Rush University Medical Center, shares five things you should know about fatigue.

1. There's more to fatigue than just being tired.

Most times, the cause of being tired is easily identifiable. Perhaps you just took an extra-long hike, or the wedding you attended included too much alcohol and surpassed your usual bed time. In these cases, symptoms will pass within a few days.
"Clinical fatigue lasts for an extended period, usually more than one month, and consists of three parts: lack of motivation, a reduced capacity to follow through with activities, and difficulty with concentration and memory," Earvolino says.
If that’s the case, a trip to your primary care physician can help get to the root of the problem.

2. Fatigue can impact more than just your energy level.

Fatigue can have a negative impact on your daily quality of life.
"Some patients are unable to get themselves out of bed and go to work," Earvolino says. "They may be sleepy and have trouble getting through the day, and end up missing out on things."
If you can't concentrate, your ability to focus at work or school will be affected. Deadlines may be missed and grades may drop. If you have children, you may not be fully in the moment in your role as a caretaker, and that can impact their school or social lives. You may also find it harder to stick to your usual exercise routine, which could lead to weight gain.

Physicians look for telling patterns during patient visits.
"I can't stress enough how important it is for physicians to obtain a thorough patient history," Earvolino says. "That generally consists of asking patients open-ended questions to try and understand the situation better."
For example, did the symptoms come on suddenly? Have the symptoms been more gradual? Are symptoms getting better or worse?
In addition, a thorough physical examination, including a blood test to check for anemia, diabetes or inflammatory diseases, is important to make sure illness isn't the source of the problem.

Clinical fatigue lasts for an extended period, usually more than one month, and consists of three parts: lack of motivation, a reduced capacity to follow through with activities, and difficulty with concentration and memory.

4. There are many causes of fatigue.

Sleep disorders or poor sleeping habits are big culprits. "People should generally get seven to eight hours of sleep every night," Earvolino says.
"But just because you're in bed for seven to eight hours doesn't mean you're getting quality sleep. A disorder such as sleep apnea or restless leg syndrome may keep you from really resting."
In addition, illnesses such as a cold or the flu can cause fatigue, as can more serious problems.
"Fatigue may indicate a more serious medical issue," Earvolino says. "Changes in appetite, unexplained weight loss or gain, enlarged lymph nodes, cough, pain, fever — these are things that may point to an infection or a more serious causes of fatigue."
Thyroid disorders, such as an underactive thyroid gland, can leave someone feeling tired. Anemia and other blood disorders can also sap energy. Even the buildup of day-to-day stress, from work responsibilities to picking the kids up from school, can interrupt sleep and rob people of energy if it isn’t managed properly.
Fatigue can stem from psychiatric disorders, particularly depression and anxiety. Often a psychiatric disorder is found to be the issue after all other potential causes are ruled out, and it's most likely to be the cause when fatigue lasts for six months or longer.

5. There is relief for the weary.

Treatment for fatigue depends on the cause. But in the majority of cases, there's an effective way to help a patient regain their usual energy level.
If lack of quality sleep is the problem, Earvolino focuses on ways to help patients get seven to eight hours of quality sleep every night. "You should take the TV and other electronics like laptops and smart phones out of the bedroom," she says. "There are studies that suggest the light that comes from computer screens can interrupt your ability to wind down."
In addition, avoid exercise an hour prior to going to bed. Instead of rigorous exercises, try a relaxing yoga workout that includes meditation.
However, there are plenty of benefits to more heart-pumping exercises earlier in the day. Thirty minutes of cardiovascular exercise such as running or biking three to four times a week can help you maintain normal sleep cycles. But in the case of a sleep disorder, Earvolino refers patients to a sleep specialist.
A healthy diet can also go a long way in helping your body function properly, meaning better sleep and less stress. "Eat a well-balanced diet, avoid excess alcohol and stay well-hydrated," Earvolino says.
"Also, avoid sugary and carbohydrate-heavy meals, which cause fatigue after your blood glucose level spikes and then plummets."
Exercise and diet can also help when depression or other psychiatric disorders are to blame. Cognitive behavioral therapy and medications are the main treatments, and your doctor can refer you to a specialist.
“There are effective treatments available, so people should seek the help of their primary physicians if they aren't feeling as peppy as usual, for a prolonged period of time," Earvolino says.