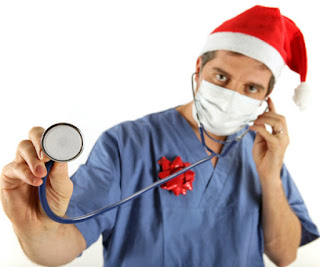 Don’t believe everything your mother told you about holiday perils. Poinsettia plants are actually not poisonous and New Year’s Eve is not the most dangerous night to be out on the roads – July 4th actually claims that title.
But New Year’s Eve is, in fact, the most dangerous time of the year to be a pedestrian. And there are some holiday-related health hazards you should know about.
Here’s a list of six of the top health myths — and facts — associated with the winter holidays, and the facts, courtesy of Dr. Ron Clark, associate medical director of Emergency Department at the Hospital of Central Connecticut in New Britain, Conn. 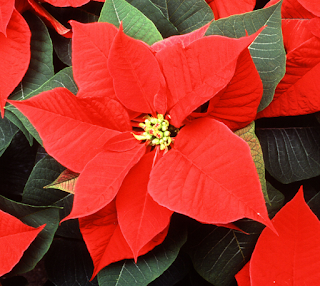 Another common belief, that the holidays trigger depression and suicide attempts. There is some truth to the idea that holidays can be hard for some individuals to bear, studies show. Visits to the emergency can spike around the holidays, especially for people who are experiencing the loss of a loved one. But while tragedies in life can exacerbate depression during the holidays, research shows that there is not an increase in the numbers of suicides. For reasons scientists don’t entirely understand, federal health statistics indicate spring is the season when the highest number of suicides occur.

Excessive drinking tops Dr. Clark’s list as a potential hazard at this time of year. And drinking combined with driving and other holiday-related activities increase the odds of injuries that emergency room doctors treat this time of year.According to the National Highway Traffic Safety Administration, about three dozen traffic fatalities occur daily on average in the United States as a result of crashes involving a drunk driver. During the Christmas season, that figure rises to an average of 45 fatalities involving an alcohol-impaired driver each day and soars to 54 per day over the New Year’s holiday. But accident statistics show Independence Day is, by far, the most dangerous time to be on the road, with the July Fourth holiday the deadliest day of the year, with 144 driving-related fatalities on average (teens account for nearly 10 percent of deaths).

Climbing ladders to put up holiday decorations in bad weather, stringing lights on the roof of the house — and taking them down afterward — are among the many risky winter activities that result in many emergency department visits.
“There are a lot of falls and traumatic injuries over the holidays,” Dr. Clark tells Newsmax Health. “People fall when they are trying to put lights on the outside of the house, or the star on the top of the Christmas tree. Being stupid on the roof and trying to out-do the neighbors is very risky.”
Most of the time people are making poor choices on ladders or with scissors, Dr. Clark adds. “It may be one foolish mistake that leaves you with a dislocated shoulder or a cut finger,” he says.
“One woman who was holding a Christmas ornament in her mouth while she secured another on the tree, took a breath and swallowed the ornament. An endoscopic procedure was necessary to retrieve the pointy sharp ornament.” 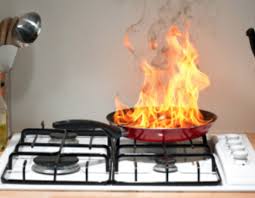 Those holiday candles and Christmas tree lights bring a cheer to families that celebrate Christmas, Hanukkah, and other winter holidays. But they can also pose a hazard.
Christmas-tree lights alone cause about 510 fires each year, by some estimates. And candles, particularly those left unattended, can cause house fires.

Although drinking and careless accidents prompt many emergency department visits, overeating is another major problem at this time of the year — particularly for individuals with cardiovascular disease, diabetes, and other chronic health problems.
Someone with congestive heart failure, for instance, might eat too much salt causing fluid overload.
“The heart is a pump, and when it’s not working properly, and you eat too much salt, you end up retaining water. The fluid goes into the lungs, and people show up in the ER a few days later, short of breath,” Dr. Clark says.
Many people gain weight between Thanksgiving and New Year’s Day — although the often-cited average of seven pounds gained over the holidays is also a myth — this is a bigger problem for diabetics who may snack on high-calorie hors d’oeuvres and sweets.
They end up with hyperglycemia from eating things they would normally stay away from.
For most of us, it isn’t so much what we eat during the holiday season but what and how we eat throughout the entire year that is so important. Lots of people may experience holiday weight gain, but overall healthy eating habits make it less of an issue.

So, now that you don’t have to worry about poinsettias, driving on New Year’s Eve, or moderate consumption of food and alcohol, here are some common sense strategies for a happy healthy holiday season: