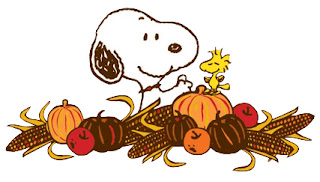 Some of us have waited an entire year for turkey, mashed potatoes and gravy, but beware.


A holiday meal can have 2,000-plus milligrams of sodium — more than a day’s worth.
Too much sodium increases blood pressure, making it harder for the heart to pump.
For a family member with congestive heart failure, a high-sodium meal could cause acute symptoms and a trip to the hospital within 12-to-36 hours.
Here are some tips to help reduce the sodium for your holiday meals.
Skip the brine. Commercially brined turkey has 400 milligrams of sodium per serving — fully cooked birds have even more — so avoid turkey that lists broth, saline or sodium solution on the nutrition label.
Make traditional stuffing healthier. Select stuffing mix with less than 300 milligrams of sodium per serving, use low-sodium broth, unsalted butter and add layers of flavor with fresh produce, herbs and spices.
Keep it REAL with mashed potatoes. Instant potatoes are high in sodium and also contain unhealthy hydrogenated oils. To make flavorful, low-sodium potatoes in minutes, microwave whole potatoes until tender (6 to 8 minutes), mash with Greek yogurt and olive oil, then flavor with garlic and onion powder or roasted garlic and chives (instead of salt).
Make gravy from scratch. Skip the salt shaker and add flavor with herbs and spices such as black or white pepper, garlic, onion powder and thyme.
Be portion-size wise. Serve stuffing and mashed potatoes with an ice cream scoop to keep portion size right. If you want more stuffing, skip dinner rolls, mashed potatoes and other starchy side dishes that are also typically high in sodium.
Take the time to enjoy the meal. Wait about 15 minutes before going back for seconds because it takes time for stomach hormones to tell the brain that we are full.
Make it mini. A slice of commercial pumpkin pie can have up to 300 calories and 350 milligrams of sodium. Swap it for a tray of homemade mini desserts. An easy way to make a traditional pie mini is to bake it in a sheet pan and serve two-inch squares. Another option is to peruse the freezer isle in search of mini fillo shells — two shells have just 30 calories and 25 milligrams of sodium. Each holds about two tablespoons of pie filling so your guests can enjoy a few mini desserts without going overboard on calories and sodium.
By Brenda Viens For The Bulletin
Posted by SHN Inc. at 6:48 AM No comments:

The Surprising Reason Some Foods May Trigger Migraines

If the cause of your #migraines isn't a seasonal cold...it could be your food 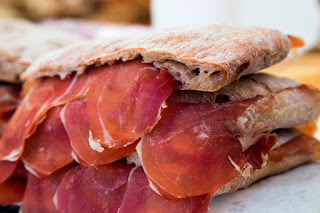 People who suffer from migraines often say that eating certain foods triggers their headaches, but a new study suggests that it might not always be the food per se — rather, the bacteria in the mouth may be playing a role.
The study found that people with migraines harbored more bacteria in their mouths that had the ability to modify chemicals called nitrates, compared to people without migraines.
Some migraine-triggering foods contain nitrates, including processed meats and green leafy vegetables, as well as certain medications.
The researchers hypothesized that having greater amounts of bacteria in the mouth that modify nitrates could contribute to headaches in some people. These bacteria help convert nitrates into nitric oxide, a chemical that is thought to play a role in headaches.
“Bacteria in the oral cavity may contribute migraine-triggering levels of nitric oxide,” the researchers wrote in the Oct. 18 issue of the journal mSystems. [5 Ways Gut Bacteria Affect Your Health]
Still, the study found only an association between these bacteria and migraines, and cannot prove that the bacteria can cause migraines. The authors said they hope that their study spurs more research into how oral bacteria could be connected to migraines.
For now, if people suspect that nitrates are triggering their migraines, they should try to avoid nitrates in their diet, study co-author Antonio Gonzalez, a programmer analyst at the University of California, San Diego, said in a statement.
For the study, the researchers analyzed 172 oral samples and nearly 2,000 fecal samples from healthy people who participated in the American Gut Project, one of the largest crowd-sourced science projects in the U.S. Thousands of people in the general public contributed samples to the project to have their microbiomes analyzed.
Source: The Huffington Post 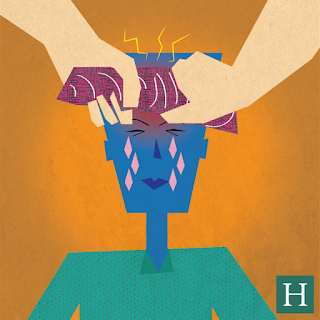 Study: healthy lifestyle may prevent up to half of deaths from most common form of cancer 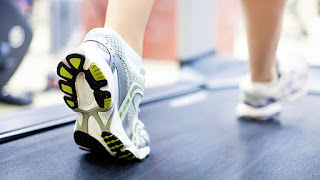 (NEW YORK) — Adopting a healthy lifestyle could prevent a huge number of cancer cases and possibly save tens of thousands of lives in the U.S, according to a study published Thursday in the Journal of the American Medical Association.

Researchers from Massachusetts General Hospital and Harvard Medical School looked at 89,571 Caucasian women and 46,399 Caucasian men enrolled in two ongoing cohorts to see how much a healthy lifestyle could reduce cancer risk.
Of the people studied, 16,531 women and 11,731 men had a healthy lifestyle pattern and were determined to be low risk. These healthy patterns included moderate or no drinking, a BMI between 18.5 and 27.5, weekly physical activity that included at least 150 minutes of moderate intensity or 75 minutes of vigorous intensity, and either never having smoked or currently not being a smoker.
The authors then studied cancer rates among the high- and low-risk groups. They found that overall, 20 percent to 40 percent of carcinoma cases and about half of carcinoma deaths can be potentially prevented through lifestyle modification. Carcinomas form in the lining of certain tissues or organs and is the most common form of cancer.
The authors clarify that more study needs to be done to ensure these findings translate to other ethnic groups.
“These findings reinforce the predominate importance of lifestyle factors in determining cancer risk. Therefore, primary prevention should remain a priority for cancer control,” the authors concluded in the study.
Dr. Ehsan Malek, a hematologist and oncologist at University Hospitals Seidman Cancer Center in Cleveland, said this can help the medical community understand cancer risk and how to hopefully prevent future cases.
“We didn’t know what portion of cancer is caused by environmental cancer and opposed to the gene, this study highlights the importance of lifestyle change,” said Malek, who was not involved in this study. “We have a lot to do. We have the potential to change the prospect of cancer in the U.S.”
Studies like this can help health officials allocate resources to encourage healthier lifestyles and prevent future cancer cases, Malek said, noting that despite new advancements in treatment, these medications can incur a high cost.
“We have had a tremendously amount of success and prolonged survival of cancer patients,” Malek said. “However, the cost of cancer treatment stays very high. Cancer is the first reason for bankruptcy in this country.”
He pointed out that currently officials have estimated that every $1 spent on prevention may translate to $10 saved on treatment.
“We have no other option. We have to work on prevention more than treatment based on cost-benefit issues,” Malek said. “A slight change can translate to huge reduction of risk.”
Source: Copyright © 2016, ABC Radio. All rights reserved.
Posted by SHN Inc. at 7:25 AM No comments: 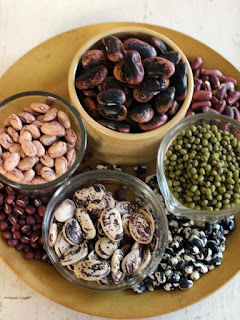 It’s the beginning of the year, and January seems to be the most popular month for health columnists to give advice on how to stick to your New Year’s resolution, offer tips for quick weight loss or highlight healthy living trends for the new year. Spoiler alert: I’m not going to do that this year. Instead, I’m sharing five of my favorite things that have made healthy living easier and cheaper over the years. They may not be trendy, but they work. 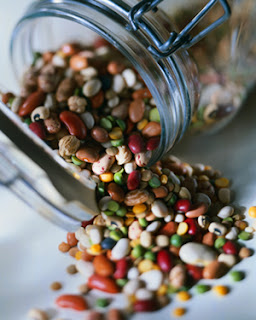 Cooking a pound of beans once a week and using these twice a week for vegetarian meals can improve your health and save money. Dried beans typically are cheaper, more filling and healthier than ramen noodles, and lentils cook quickly and can improve anything hamburger can, including spaghetti sauce, taco filling, chili and even burgers when you add the right spices. 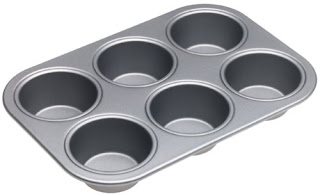 While I’ve saved plenty of money over the years making my own whole-grain muffins, I only recently discovered you can bake eggs in them. This is a time saver in the morning when you want a hot breakfast. Simply spray the tins with nonstick spray, crack the egg in each tin, and bake at 350 degrees for 15 minutes while you shower or get the kids ready to go. 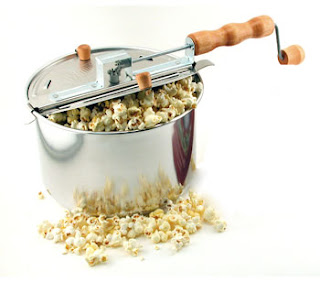 Popcorn is higher in fiber than most whole-grain crackers. This little gismo fits on the stove and makes popcorn from kernels nearly as fast as the microwave. Purchasing whole kernels rather than the prepackaged microwave versions saves enough money over the year to pay for the Whirly Pop, and the popcorn tastes better because you can use whichever oil you’d like for flavor. My favorites include olive oil and occasionally coconut oil. 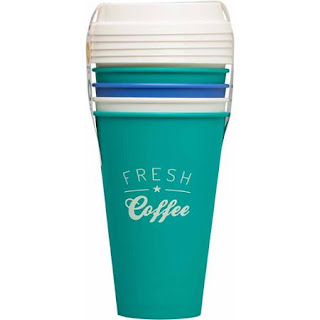 While there are plenty of reasons to buy bottled water, I’ve always found using my own and refilling it to be better for the universe and better on my budget. The same goes for coffee mugs. I’ve made a habit of brewing my own coffee from home for decades. I never had the extra cash to make picking up coffee on the way to work a habit. So I still rarely stop at a drive through or get coffees “to go.” Besides, before Starbucks, Oregon had Boyd’s.

5. A pair of running shoes. 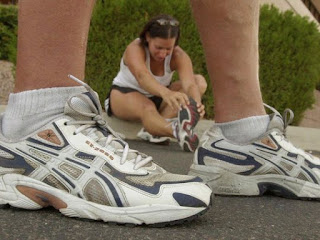 OK, I tend to prefer nice running shoes. But, even for the extra money, nice running shoes allow me to run or walk for a lot less than a gym membership. Not that I’m against memberships, it’s just there were times when I couldn’t afford the fees and my shoes allowed me to maintain my activity level and in turn my health.
Source: Jeanine Stice is a health columnist and can be reached by email at nutritionetcetera@gmail.com
Statesman Journal: Part of The USA Today Network